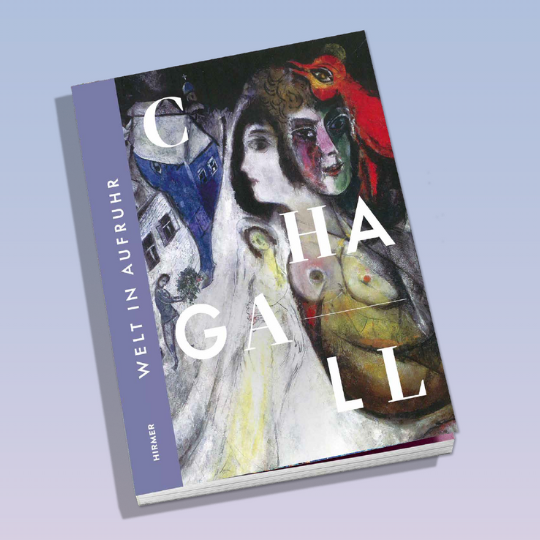 Colorful, fantastic pictorial worlds, that's how we know the works of Marc Chagall. The catalog for the exhibition Chagall. Welt in Aufruhr takes a look at a creative period and works by the artist that deviate from these supposedly familiar ideas. Presented are works by Chagall from the 1930s and 1940s that are marked by the drastic political and social changes of the time. The increasing danger to Jews by the National Socialists, war, loss and expulsion, themes such as homeland, exile and, not least, identity and belonging are intensively processed by Chagall in his artistic work during this phase. The works of these years depict Chagall's search for a visual language appropriate to these threats and his own self-image as a Jewish painter. In the catalog, these questions are examined in detail and traced by, among others, the renowned Chagall expert Ziva Amishai-Maisels. A text contribution is also dedicated to the literary work of Marc Chagall's wife Bella, whose early death in 1944 marked a turning point for him personally and artistically.

Along eight chapters, the catalog highlights major works and their genesis, as well as previously lesser-known works by Chagall from a period that was moving and formative for the artist on a variety of levels.

Delivery time is usually four to five business days. Please take into account that due to high demand, longer delivery times of up to two weeks may occur. Thank you for your understanding